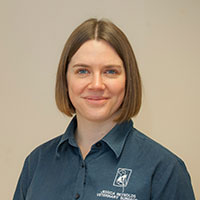 Jessica graduated as a Vet from the University of Liverpool in 2009. She joined the Mulberry Court Vet Group in May 2014.  She has a particular interest in Soft Tissue Surgery and at home she is under the paw of two gorgeous Moggies.

Phantom pregnancies (also known as a false or pseudo-pregnancy) can be a distressing time for both dogs and owners.

If your dog has recently been in heat and they aren’t acting like themselves, have started to mother their toys, or appear more tired than normal, your dog might be experiencing a phantom pregnancy.

How long does a phantom pregnancy last?

Can I stop my dog from having a phantom pregnancy?

What is a phantom pregnancy in dogs?

A phantom pregnancy is a condition where un-spayed dogs start to show the signs and symptoms of a real pregnancy, when they aren’t actually pregnant.

Phantom pregnancies in dogs are very common. Displaying symptoms that are similar to an actual pregnancy can be a confusing time, as you might be certain that your dog hasn’t mated.

Symptoms of phantom pregnancy in dogs

Some of the common signs of a phantom or false pregnancy in dogs involve making cosy nests and displaying mothering behaviour towards some of their toys.

Signs will vary from case to case, but common signs of phantom pregnancies in dogs include:

How is a phantom pregnancy diagnosed in dogs?

For your vet to diagnose a phantom pregnancy, they will examine your dog to see if they are lactating or have any abdominal swelling.

Even if you are certain that your dog hasn’t mated, there is always a chance of an encounter that you might have missed.

What causes phantom pregnancy in dogs?

Whenever a female dog finishes her season, she goes through hormonal changes to prepare her body for pregnancy, even though she isn’t pregnant.

In some dogs, the effect of these hormones may be mild, but in others the symptoms can be very similar to that of a genuine pregnancy.

If a dog’s symptoms are mild, you can try to keep their mind active by distracting your dog with lots of play, stimulating games and extra walks. Keeping your dog busy also provides an opportunity to remove any items (such as toys or slippers) which they have started to mother.

Be mindful when doing this, as your dog will have formed an emotional bond with the items and could become distressed if she sees you removing her surrogate “babies”.

How long does a phantom pregnancy last in dogs?

Dogs who are experiencing a phantom pregnancy will typically show symptoms for around 2 weeks. The signs of a false pregnancy usually start around 6 weeks after a female dog has finished her season.

If your dog has experienced a phantom pregnancy, it’s likely that she will go through it again when her next season finishes.

There are several symptoms of a false pregnancy, such as lethargy, vomiting and not wanting to eat, that also belong to other serious medical conditions.

If you're worried that your dog is displaying signs of a false pregnancy, it’s always best to visit your vet. In particular if your dog has a discharge from her vulva, she should see a vet.

How can I stop my dog from having a phantom pregnancy?

You can prevent your dog from experiencing the behavioural and physical difficulties associated with phantom pregnancies by having them neutered. Having your female dog neutered is a procedure known as spaying, where her ovaries & uterus are removed.

Spaying prevents phantom pregnancies and the associated problems in female dogs. However, a dog shouldn’t be spayed whilst she is still experiencing symptoms of a phantom pregnancy, as this can cause the dog to become stuck in a state where symptoms persist.

For expert advice on phantom pregnancies and dog spaying, contact your local vet. Find your nearest vet using our Find a Vet page.

Dog neutering: what you need to know

Cat pregnancy: how to tell if your cat is pregnant

Cat neutering: what you need to know